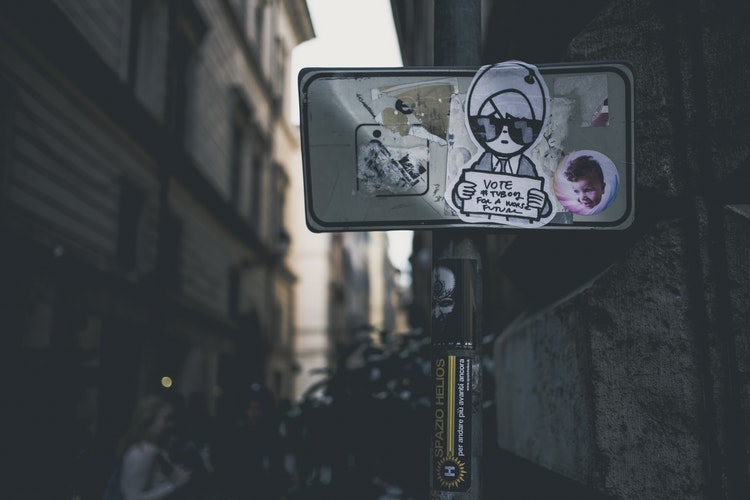 The Grand Tour saw 17th century Rome as the destination for the upper-class’s cultural education. These days, there is talk of a new, contemporary, lively, and possibly short-lived revival for the Grand Tour through contemporary art in Rome. Only this time it’s for everyone.

Roman art isn’t just monuments and sculptures, as people often think. It’s documents, performances, pictures, and people. We often associate Rome with the past and its art with antiquity. But Rome’s art is far from history; it is ingrained into the modern life of the capital.

The Modern Grand Tour begins with the National Gallery of Modern Art near Villa Borghese.

Situated in the Parioli neighbourhood in the immediate vicinity of Villa Borghese, the National Gallery of Modern Art was the brainchild of architect Cesare Bazzani. Bazzini drew inspiration from the 16th century in designing his gallery, completing it in 1915. The National Gallery of Modern Art contains the largest collection of 19th and 20th century statues in Italy, alongside a repertory of other important Neoclassical pieces. Its collection concludes with the latest contemporary art trends: with pieces from Carrà and Morandi to Mafai and Burri, as well as Kounellis, Pascali and Pistoletto – leaders of the famous Piazza del Popolo school of the 1960s.

Contemporary art in Rome abounds in the Villa Borghese area.

If Villa Borghese was a mandatory stop on the old Grand Tour, Villa Borghese’s new Bilotti Museum is an essential visit on the modern one. Exhibiting pieces from the surrealist paintings of Giorgio De Chirico to the zeitgeist pop-art of Andy Warhol, the Bilotti Museum is well worth a visit for the temporary exhibitions it hosts.

Not far away is the Flaminio neighbourhood’s Maxxi: Rome’s 20th Century Contemporary Arts Museum. Designed by the Iraqi architect Zaha Hadid, the Maxxi welcomes interesting modern art, architecture, and photography exhibits. Until March 2020, it will be home to the “At Home” exhibition which deals with the elusive challenge of designing contemporary housing.

Another important establishment on the Via Reggio Emilia is Macro, the Contemporary Art Museum. Home to an ever-changing range of exhibitions as well as a cinema, café, and bookshop, multifunctional space has since become an open Forum where artists meet and debate.

Stop off at the Anderson Museum: a stone’s throw from Piazza del Popolo.

The central yet secluded Anderson Museum houses the works of the Norwegian sculptor and painter, Hendrik Christian Andersen. Born in Bergen in 1872, Anderson lived in the United States before moving to Rome. He left his studio and house, Villa Helène, to the Italian State along with all its contents, artwork, archives, photographic material and a library. While solely made up of photographs and paintings, it also boasts an enviable collection of sculptures.

A short and scenic walk from Piazza del Popolo takes you to the Via della Stamperia and the National Graphic Institute. Part of the Trevi Fountain complex, and with its windows looking out onto the Baroque fountain itself, the National Graphic Institute is is home to high quality photography works as well as an overview of contemporary graphic art.

Some of the finest contemporary art in Rome is hidden within the city’s small private galleries.

One such gallery is the Valentina Bonomo Gallery. Situated on the Via del Portico d’Ottavia right in the heart of the Jewish Ghetto in Rome’s historic centre, the Valentina Bonomo gallery offers a sanctuary of contemporary art in Rome. In a neighbourhood characterised by medieval and ancient monuments if offers a contemporary sanctuary, showing collections from noteworthy Italian and foreign artists from Pietro Pasolini to Brian Eno. 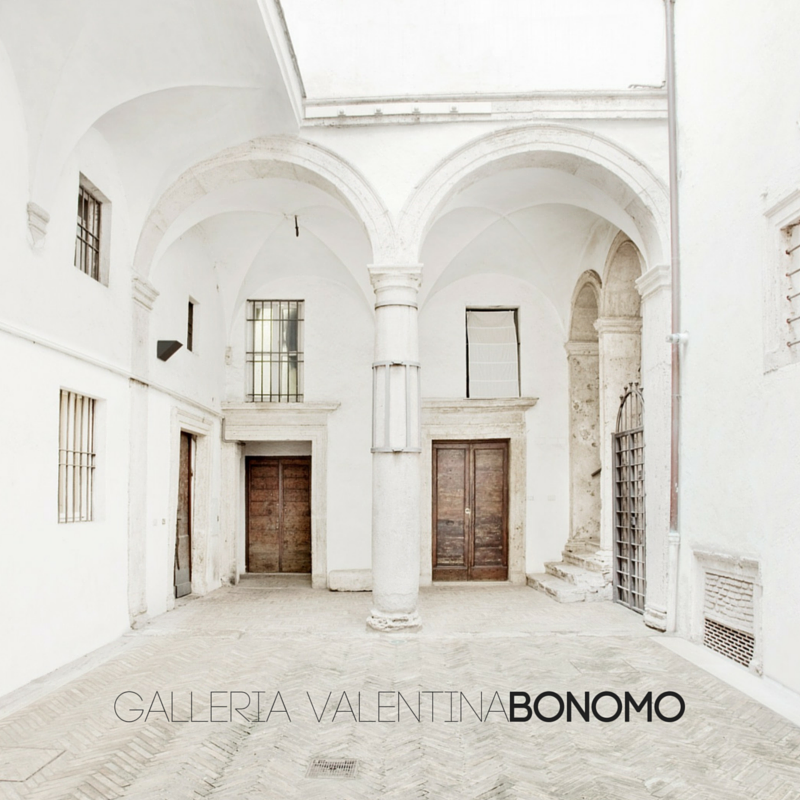 Further north, a short walk from Barberini,  is the Gagosian Gallery on Via Francesco Crispi. Opening in Rome in 2007, the Gagosian counts itself among the most famous contemporary art galleries in the world with its headquarters in New York but other locations in London, Paris, Hong Kong, Athens, and San Francisco. The line-up of esteemed greats of the contemporary art world is monumental enough to make all other museums envious, including names such as Damien Hirst, Carsten Höller, Ed Ruscha, Nan Goldin, and Richard Prince.

The Gagosian perfectly encapsulates the way in which contemporary art in Rome has given itself form, reflecting inwardly on itself through the gallery’s big oval room. With previous exhibitions including the works of Cy Twombly, the Gasgosian takes its visitors on an immersive journey through contemporary art in Rome. Exhibitions by Christopher Wool and Chris Burden precede the famous Spot Paintings of Damien Hirst. One of the final and most rewarding exhibitions are the paintings of Helen Frankenthaler.

A couple of yards away from Campo de’ Fiori on Vicolo dei Catinari stands the Lorcan O’Neill Gallery whose exhibition have included the like of Richard Long, Tracey Emin, Anselm Kiefer and Sam Taylor-Wood, with her famous photographic series of bodies suspended in air. A dedicated Grant Tour of contemporary art in Rome, however, should not overlook a couple of exhibits at Villa Medici: the French Academy.

Previously the residence of Renaissance intellectuals, today the Villa Medici is home to great works of painting, sculpture and contemporary photography. Villa Medici deserves a visit, not least for its inspiring architecture and ideal setting within Villa Borghese and its gardens, but also for the elegant bar filled with armchairs and sofas to sink into and sip on a coffee in front of the panoramic window, with Rome at your feet.

The Gavin Brown Gallery on Via dei Vascellari, Trastevere, promises another intriguing visit. It opened inside a church dedicated to Saint Andrea of Scaphis, making this the Gavin Brown Enterprise’s third location in the world those in New York at the West Village and the Lower East Side. The Gavin Brown gallery has become the epicentre of the glamorous artistic inauguration. Rightly so, given that those who gather there are international art lovers making any vernissage an unmissable event.

Castro in Trastevere emulates the space and charm of Rome’s contemporary art scene.

A new Mecca on the scene of contemporary art in Rome is CASTRO (Contemporary Art Studios Roma). CASTRO is the latest spot to open its doors within this creative quarter, setting up shop on Piazza dei Ponziani on in July 2018.The mastermind behind it is Roman artist, Gaia Di Lorenzo, founded it to offer an independent space for the promotion of contemporary art in the capital. She certainly succeeded. Di Lorenzo’s first degree was Aesthetics at the Faculty of letters in Rome, Tor Vergata, and then in Fine Arts from Goldsmiths, London.

Di Lorenzo’s merging of Anglo-Italian influence is clear at CASTRO. As she has commented, the project was based on the Anglo-Saxon model of the Studio Program – “an experimental training method based on shared experiences, differing from the classical academy of art which can be at times too theoretical.”

The contemporary art scene in Trastevere is thriving

Still in Trastevere, just a couple of meters away from CASTRO, you’ll stumble across the T293 Gallery. This is a true embodiment of contemporary art in Rome being born from the ashes of the past. For when the opening ribbon was cut on this site just three years ago, the dust had barely settled on the garage from which it had been converted. Its owners, Paulo Guadagnino and Marco Altavilla, have recently set their sights on names such as Claire Fontaine, the Parisian conceptual artist and art collector.

Esthia offers another artist run space for talents from all over the world to mingle. The founders, Christina Heger and Patricia Carmo Baltazar, say that it feels like the countryside, escaping the buzz of Trastevere as you set foot in its transformed lofts. They’re quite right. Not just Esthia but other art foundations have sprung up in this tranquil area, making for a pleasant wander along the street. Down the road at number 86 you can find another hideaway at Fondazione Volume.

Over the years it has been running, Fondazione Volume has succeeded in creating an efficient and organised machine capable of promoting art across the production of pieces and their direct relationship with international artists. Driven by Francesco Nucci, a neurosurgeon and president of the VOLUME! Foundation, the space serves as an international scientific research project aimed at exploring cognitive and emotional stimulation from observing pieces of art.

Contemporary art hubs are starting to spring up around San Lorenzo

The area of San Lorenzo deserves a mention for its spaces dedicated to contemporary Roman art. Once a gritty working class district, San Lorenzo has since been transformed into a Roman East Side. The area is a cultural buzz – no coincidence given its proximity to Rome’s main university – populated by numerous painters, photographers and sculptors creating a bustling hub for the artistic life of the city.

Between San Lorenzo’s galleries and ateliers, Pastificio Cerere is perhaps the most significant. It was made famous for hosting the ‘San Lorenzo Group’, a collective of artists formed at the end of the 70’s and start of 80’s, including, Piero Pizzi Cannella, Giuseppe Gallo, Nunzio, Bruno Ceccobelli, Marco Tirelli, and Gianni Dessì. In 1984, Cerere also pioneered the way for the area’s ‘Ateliers’ exhibitions, during which artists opened up their private living and working spaces to the public. Names that reverberate around Pastificio Cerere today include Maurizio Savini, Sabrina Acciari and Nicolaj Pennestri. Earning ‘Pastificio’ the right to the true dictionary definition of the “New Roman School”.

After a Vernissage at Pastificio Cerere, sip on a wonderful hot chocolate or a cocktail at Said, on Via Tiburtina 135, a seasoned chocolate factory tastefully refurbished where you can relax among the sofas, mirrors and old chocolate making equipment. What more relaxing way to bring to an end your Grand Tour through contemporary art in Rome.

This site uses Akismet to reduce spam. Learn how your comment data is processed. 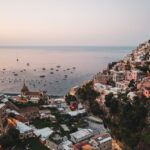 An Adventure Along the Amalfi Coast
16 November 2022Harry Deacon 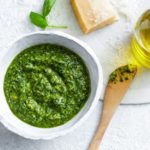 What we recommend this week 30th July
30 July 2022Ufficio IW 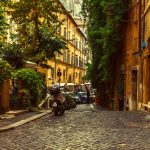 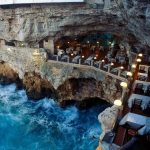